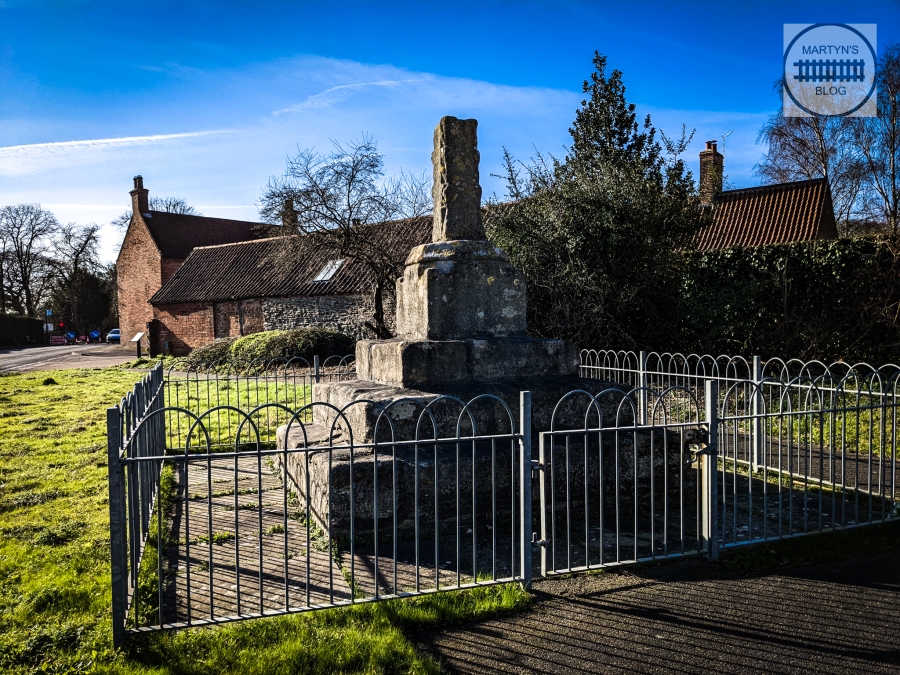 Collingham railway station was opened by the Midland Railway in August 1846. The grand station house building was built in 1848 and is Grade II listed. It was threatened with closure in the Beeching Axe in 1963, but was reprieved. The station is now unstaffed, but has shelters and help points, as well as bicycle storage. A large car park was opened in 2014 to encourage locals to leave the car behind and let the train take the strain. Collingham is located between Lincoln and Newark-on-Trent, making it ideal for commuters in those places. For such a small village station, it has surprisingly high passenger numbers, with almost 130,000 passengers using the station in the last available pre-pandemic figures.

I left the station and headed for a small park near the town’s football ground, home to Collingham F.C., who play in the Central Midlands League North Division. It is only a small park, filled with play equipment for children of all ages. I would have had a go on the swings, but there were people around. Nearby, there is a short footpath which runs through a field containing ponies and horses.

At the other end of the pathway, on the High Street, is the Collingham Cross. According to an information panel nearby, it was erected in the 14th century and originally located elsewhere on High Street, until it was moved to its present location in 1970. The reason for the cross’ existence is uncertain. Some historians think it was a market cross.

Collingham is a very pretty village, with a plethora of old cottages and larger old buildings, many of which were used for local industry and have been converted into homes. The village is actually in two parts; North and South Collingham. Both areas have their own churches; All Saints in the north and John the Baptist’s in the south.

All Saint’s Church is a Grade I listed 12th century church in the north of the village, close to a stream called the Fleet. Within the cemetery of the church stands the village’s war memorial.

A stone marker on the side of one of the church’s gates marks the water level of a flood which occurred in 1795.

I spent an hour or so walking around the village, including a stop off at the village’s Co-op supermarket, where I bought some lunch and sat at a nearby bench to eat it. The Co-op is in the centre of the village, part of a modern development of shops and medical facilities.

While researching Collingham, I found that residents have been campaigning for a bypass road to be built near the village. During my visit, I could see why it is badly needed. Large trucks and lorries regularly rumble through the centre of the village, and the narrow pavements make it difficult to cross the road safely.

I found that I had a bit of time to spare before my train was due (there is a good hourly service to Nottingham), so I went to have a look at the other church, St John the Baptist’s.

Overall, I enjoyed my day in Collingham. Nearby, there are a couple of nature reserves which would be good for a walk around. Perhaps another time.

Thanks very much for reading. You can follow the blog on all social media and be first to know when new posts are published. All the links that you will need are here.