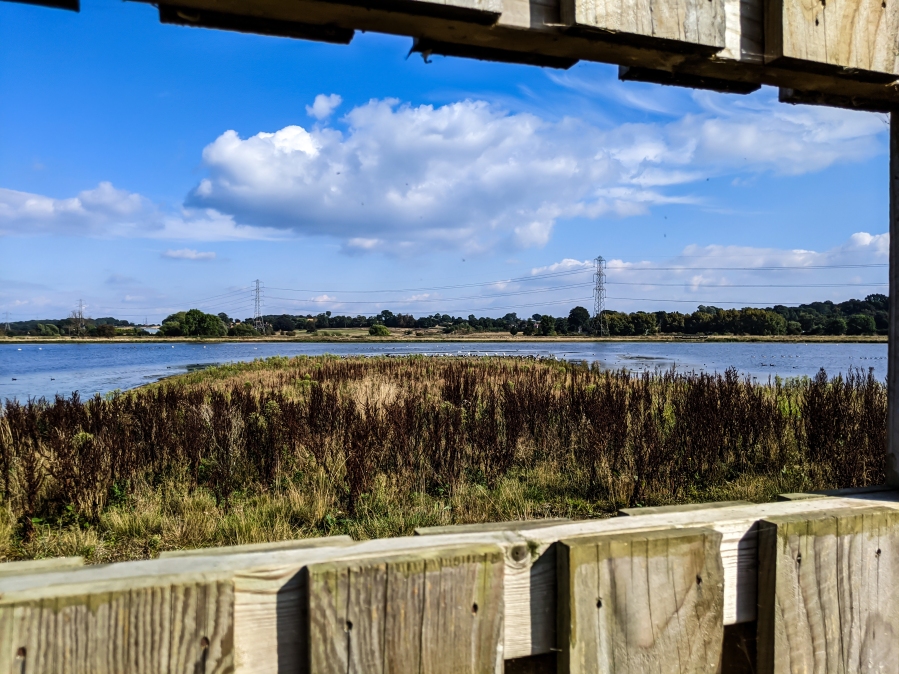 A day later than advertised (due to the rain on Tuesday), the WOW (Week off Work) Tour moves back to East Staffordshire, with a bus trip to Barton-under-Needwood and a look around the marina and Tucklesholme Nature Reserve

The weather today was much more suitable for an afternoon stroll, with plenty of sunshine. I caught the bus from Burton on Trent town centre, a number 12 bus, no less, which took me to Barton-under-Needwood. I alighted from the bus and walked to the lakes behind the Barton Marina leisure complex. The area is not a public right of way, but people are allowed to walk there as long as they follow the rules (no barbecues, fishing, skinny-dipping, etc.)

From there, I walked down Station Road towards the bridge over the A38. The “station” that the road name refers to was Barton and Walton station, which was on the line between Birmingham and Derby. It closed in 1958, and none of it remains today.

Across the road from a very narrow pavement is the entrance to Tucklesholme Nature Reserve. In 2018, quarrying ended at Tucklesholme, and the area was turned into a nature reserve. Many species of bird and other wildlife are slowly making the reserve their home. It opened to the public in May 2019. There is a small car park which is locked at night, but the park is open all the time. There are a few bird hides dotted around the lakes for birdwatchers to get a close look at the birds without disturbing them.

I’m not particularly clued-up when it comes to nature, but I did spot many dragonflies on my walk around the pathway, which circles most of the edge of the two lagoons which make up the reserve. It was very quiet and peaceful around the nature reserve, apart from the traffic noise from the A38 and the occasional train passing on the railway line.

At the north point of the bigger lake, the path diverges and runs by the River Trent until it re-joins the main path. I followed it back to the entrance to the reserve, then retraced my steps back to Barton. I would have liked to have had a look around the village, but there wasn’t time. Buses back to Burton are hourly, and I didn’t want to risk missing it. Another time, maybe.

That’s all for this post. The WOW Tour ends tomorrow with a walk from Measham to Swadlincote, so look out for the post tomorrow. Thanks for reading.