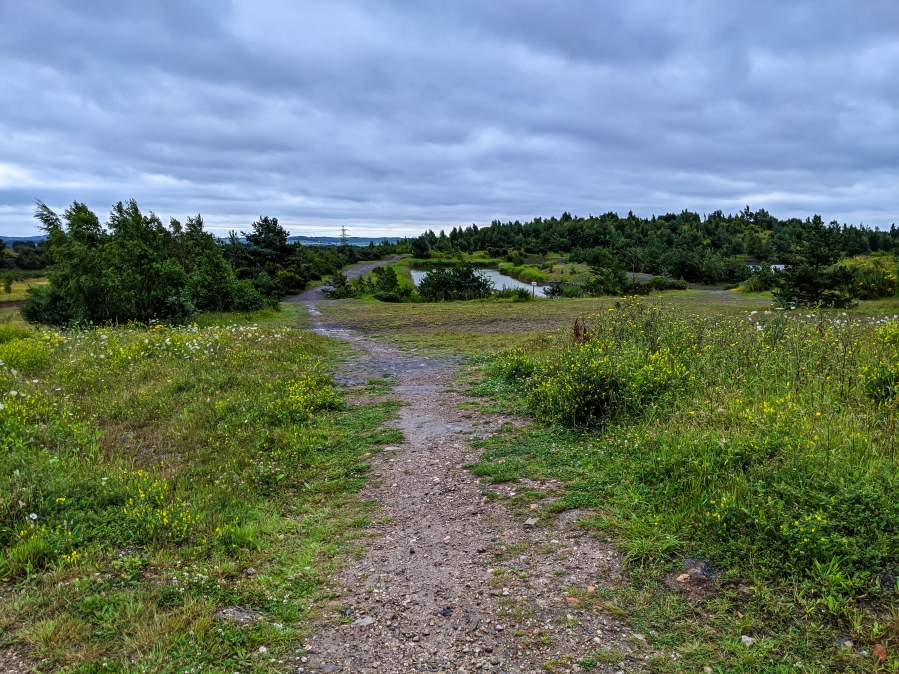 For the first time since March, and my trip to Bleasby, I ventured out of Burton on Trent by train. I’m sure I don’t need to remind you that the Covid-19 outbreak has curtailed travel and most other aspects of normal life, but with restrictions easing recently, I decided to take a trip out.

I was well prepared for the trip, with a small bottle of hand sanitiser in my pocket and two face masks, one for the journey out and one for the journey back. I pre-booked my ticket using the East Midlands Railway (EMR) phone app. You can’t buy a ticket on the train at the moment, so be aware of that if you’re thinking of travelling any time soon.

As per usual, my journey began at Burton on Trent. The main front entrance is not in use at the moment, not because of the pandemic, but because it was hit by a coach back in March, and it hasn’t been repaired yet. A small side entrance is open, so I went in that way. There is hand sanitiser available and plenty of signage reminding people to socially distance and use a face covering. My train arrived on time, and about five or six of us got on board. I normally sit or stand in the vestibule of the train, but I took a seat this time.

The train eventually arrived in Nottingham, where I changed for Newstead. It was an EMR train that took me up to Newstead, past Bulwell and Hucknall stations, both of which I have been to in the last year.

Newstead railway station opened in 1993 on the re-opened Robin Hood line. Unusually for a re-opened line, Newstead was a brand new station. A station at the nearby village of Annesley did exist on the line before it was closed by Beeching, but this never re-opened. There are a few facilities for such a small station; a waiting shelter, help point, ticket machine and a ramp for step-free access. There was a hotel near to the station, but this has since been demolished.

From the station, I made my way over the level crossing and towards Newstead and Annesley Country Park. The park is located on the site of a former colliery, Newstead itself being a former mining village until the colliery closed in 1987. There is an abundance of wildlife and birds to see there, as well as the star attraction for me, a giant wind turbine.

I walked right up to the wind turbine, because I’ve never seen one up close before. It’s absolutely huge, as you’d expect. The blades made a pleasant whooshing sound as they went round, and they were doing good business today as it was particularly windy.

I had a nice, relaxing walk around the huge lakes in the park. There are several routes to take around the footpaths. I was there for about an hour, and then it was time to head back to the village for a walk around before I got back to the station.

Newstead village, as I mentioned before, is a former mining village, housing the families of coal miners from the late 19th century until the pit closed in 1987. It still has a miner’s welfare social club and community centre, as well as a local shop and church. A micro pub stands near the station, alongside a recreation ground and the former colliery wheel.

As I walked through the village, I turned a corner and was greeted by a rather unusual and quite scary sight. Outside the primary school are miniature figures of schoolchildren, lined up along the side of the road.

I assume they are some kind of speed calming measure, maybe reminding drivers not to go too fast in case they hit a child.

Also in Newstead is Newstead Abbey, about a half hour walk from the station. It is the former ancestral home of Lord Byron, and its grounds are open to the public for free. Access to the Abbey will cost, though. I would have wanted to see it, but there wasn’t time, unfortunately.

I walked through the village and back to the station, where I donned my face covering and waited for the train back to Nottingham, from where I caught the train back to Burton. In spite of the inclement weather, it was good to get back out and about, and bag the 34th of 76 stations on the East Midlands Ranger list. I feel confident about travelling during the Covid-19 pandemic. I have no problem wearing a face covering or social distancing while travelling.