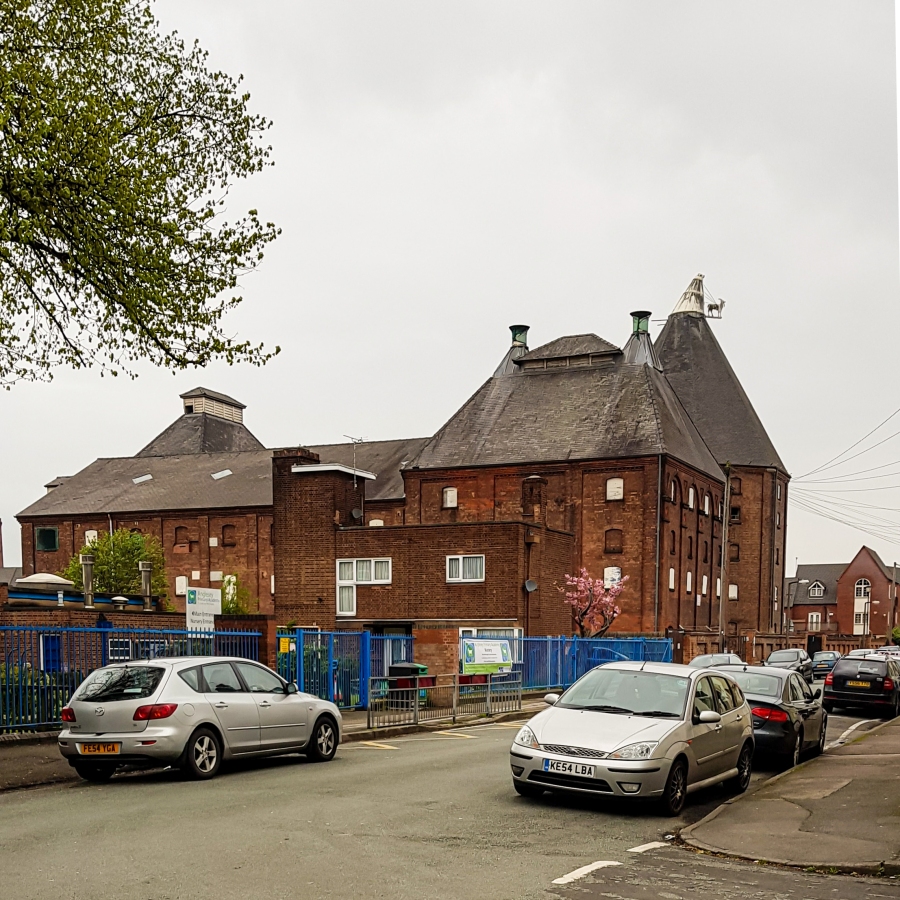 Welcome to the second of my posts about landmarks in the Staffordshire town of Burton on Trent. In this post, I will be focusing on one of the remaining former brewery buildings in the town, the Goat Maltings on Clarence Street.

In the 18th and 19th centuries, Burton upon Trent became synonymous with the brewing of beer. Many breweries were established in the town, probably the most famous being Bass, whose distinctive red triangle logo was the world’s first registered trademark. (In fact, the world’s second registered trademark was also a Bass logo; a red diamond). Marstons, Allsops, Ind Coope and Worthingtons are also examples of famous brewers associated with Burton. One less well-known brewer was Peter Walker & Co. Ltd, whose brewery on Clarence Street in the town actually opened a year after he died, in 1883.

Peter Walker was a member of a Scottish brewing family who settled in Liverpool. Walker bought the Willow Brewery in Wrexham in 1860 and developed it into the town’s largest brewery. He served as Mayor of Wrexham for two terms, but failed to be elected for a third term. Disappointed not to be re-elected, he moved his brewing operations to Burton on Trent in 1881. He laid the foundation stone for the Clarence Street brewery in February 1882, but died two months later, before construction had been completed. It was run by the executors of his will until 1890 and then run by trustees until 1906. In 1925, it was acquired by Atkinsons Brewery.

The distinctive goat weather vane on the maltings is visible across the town and it depicts a Welsh goat, reflecting the Welsh origins of the business. The maltings closed in 1967, and the brewery itself was demolished in the 1970s, though the maltings with its distinctive octagonal kiln escaped the wrecking ball. A school now stands on the site of the brewery premises, while the area surrounding the Goat Maltings is now a modern housing estate, incorporating some of the buildings of the nearby former Trent Brewery (later to become Tiger Brewery from 1970 – 1983, and subsequently the Heritage Brewery until it closed in 2001). The Goat Maltings was earmarked for a similar conversion to housing, with planning permission granted in 2006, but this has yet to happen.

On Sunday 9th June 2019, a fire broke out at the Goat Maltings. It was believed to have been started deliberately, but the quick actions of the fire service prevented serious damage from taking place. Smoke was seen pouring from the top of the kiln where the goat weather vane is located. A year on, the premises are still derelict and awaiting redevelopment.

Thanks for reading this post. You can follow Martyn’s Blog on all the best social media sites. You can find the links at linktr.ee/martynsblog.